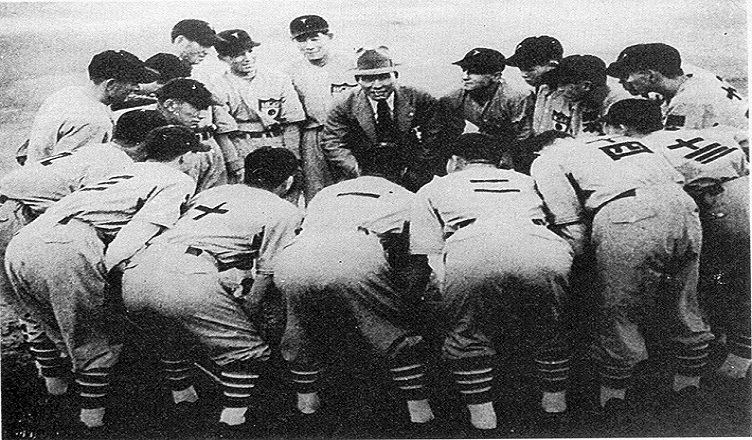 Over the years, Japan has consistently remained to be a force to reckon with in baseball especially in international leagues and competitions. This has mostly been because baseball has been an important aspect for centuries in Japan. The history of the sport in Japan dates back to the early 1870s during the pre-war season. Horace Wilson, an American who lived from 1834 to 1927 is credited with bringing the sport to Japan. He was a professor of English at Kaiser Gakko, which is the present-day Tokyo Imperial University.

After Horace introduced the sport in Japan in the early 1870s, Japanese named Hiroshi Hiraoka who was an engineer with the national railways returned home from America where he had been studying. Upon his return, Hiraoka introduced baseball to his friends and fellow workers at the national railways. He established the first organized baseball team in Japan in 1878. The team was called Shimbashi Athletic Club.

Another American, Albert Bates, a professor at Kaitaku University is also credited with the birth and spread of baseball in Japan during the pre-war season. He popularized the sport all over the country and organized the first-ever baseball game in Japan. Officially, organized baseball in Japan was born in 1878. Shimbashi Athletic Club held the reputation and was glorified for being the best baseball team in the during the pre and post-war periods. Other baseball teams in the country were formed later and within a span of a decade, baseball was officially the most well-organized team sport in Japan.

Team Ichikou was founded back in the year 1886. The team was pretty good and showed excellent playing skills among all the players. The team had great belief in their abilities and actually thought that they would beat Yokohama Athletic Club and other whites-only baseball clubs. When Team Ichikou was defeated by Meiji Gakuin, they changed their training tactics to improve their skills. The team practiced vigorously and even put themselves on the verge of excessive physical exhaustion. This extreme practice is common even today among present-day baseball teams in Japan.

In 1896, Team Ichikou played the Yokohama Athletic Club and defeated the Yokohama by an impressive 28-4 score. This game went down in history as being the first recorded international (baseball) game across Asia. Due to this win, other universities in Japan began playing the sport and the popularity of the sport spread all over the country.

The universities were the most common and obvious avenues for baseball teams to sprout in Japan. As the sport spread further into the country and teams started becoming more competitive, schools started sending students to the U.S to learn and better their playing skills. Waseda University led the other universities in sending students abroad. With time, American teams also started sending their players to play exhibition games and friendlies with Japanese teams. This in return led to widespread knowledge and understanding about baseball in Japan. It also goes without saying that players started refining their playing skills and became pro-baseballers.

Rivalries between teams started coming up with the Waseda-Keio university rivalry being the longest rivalry in baseball as it still continues to this day. The rivalry is known as Sokeisen and at times, it becomes very extreme such that games get canceled and it is televised on national television.

Growth in Japanese baseball in the universities continued to happen over the years. American amateur teams would compete in friendlies with Japanese amateur teams. As time progressed, Japan started becoming keen and overly serious about the sport such that America took notice of the interest.

Some of the highlights in Japanese baseball in the universities include:

1. 1908- Reach All Americans (a team comprising of both Minor & major league players) and players from other countries visit Japan to play baseball.

3. 1920s- Kenesaw Mountain Landis, an MLB commissioner helps in sending a team of both minor and major league players to run coaching clinics and play games in Japan with Japanese teams.

In the 2-3 first decades of the 1900s, there was a great increase and development in baseball skills in Japan. During this period, there were more people coming to Japan from America to train Japanese baseball players on improving and bettering their playing skills. During this era, Japanese universities were able to establish themselves as forces to reckon with in the baseball sector.

The Big6 league of Tokyo was established in 1925. The league consisted of the top six collegiate teams in Tokyo. Almost 100 years later, the league still exists today with the top teams presently being:

Women baseball in Japan has not been as popular as the male baseball. Japan Women’s Baseball Federation, a professional women’s baseball league was established in 1950 and only lasted for two years, 1950-1951. From 1952 all through to 1971, women baseball players only played in amateur leagues. The JWBL began again in 2010.

The World War 2 put great strain on baseball as it did to other aspects of life. The rise in militarism of Japan severed the close ties that existed between Japan and America in baseball. At the height of the war in 1945, there were no baseball competitions or leagues in Japan. However, after the war ended, baseball in Japan started flourishing and growing stronger again with several big events enabling baseball to blossom to an even better glory than it was before the war. Obviously, the sport needed great help to rise again after the war and new players had to be drafted to the teams.

The future of baseball in Japan seems very optimistic with very many people having deeply founded interest in the sport including children and youths. International leagues and competitions have put Japanese players in the limelight for being some of the best and finest players across the globe.