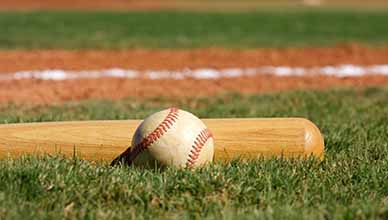 Baseball, as noted previously here at Baseball Eagle, is played around the world. There are leagues in Asia and Europe, in Africa and Oceania, and in Canada and South America. It comes as no surprise then that there are a bunch of foreign-born players in Major League Baseball. These players come from all over the world, too, and many of them are making a major impact for their respective teams. With that in mind, here are the 10 best international players in the MLB today. (A disclaimer before we proceed, though: This list includes only full-blooded international players, which means players like Manny Machado, who is Dominican-American, are excluded.)

Ranked before last season as MLB’s second best player behind the peerless Mike Trout, José Altuve more than lived up to his reputation. Sure, he failed to crack 200 hits for a fifth consecutive season, but that’s largely due to his missing 25 games due to injury. He still recorded 169 hits, played his usual stellar defense, and helped the Houston Astros win over a hundred games (again). He is that team’s do-it-all heart and soul and is proof that talent and hard work trump size every time.

Altuve’s teammate Carlos Correa was mired in a slump last season, mainly because he was hurt for long stretches and was never able to get in a rhythm. When healthy though, the 24-year-old Puerto Rican compares to a young Alex Rodriguez (sans the steroids, of course), with a combination of excellent hitting and exceptional defense. Now, all that’s left is for the affable shortstop to remain healthy so he can show the league the full breadth of his talents. 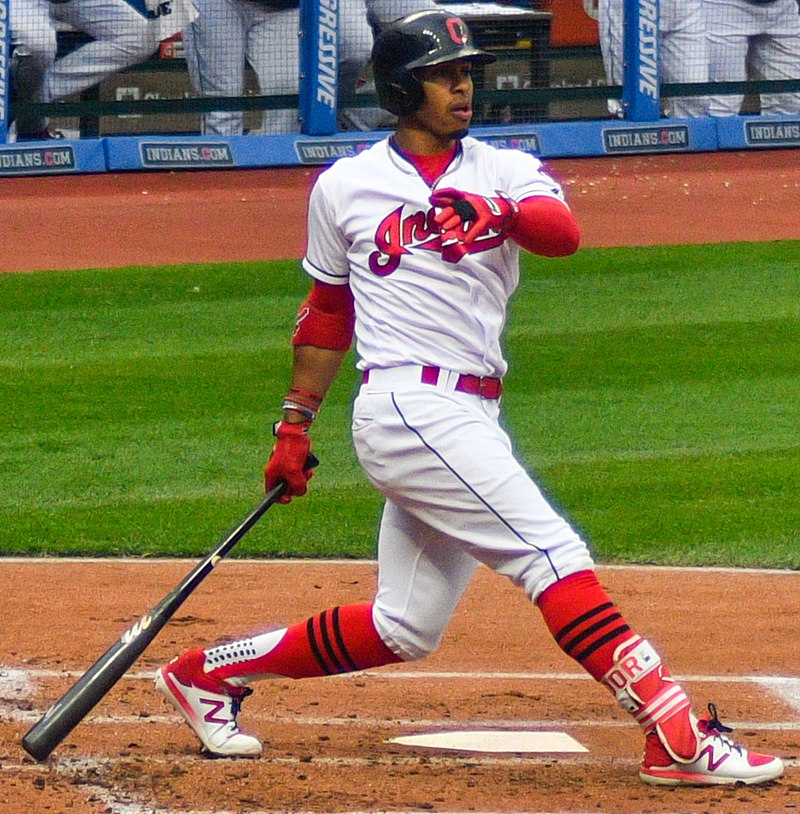 Lindor’s calling card is spectacular defense at a premium position (shortstop), but his hitting isn’t too bad, either. He is, in fact, ranked by ESPN as the 14th best player in the MLB, due to his outstanding body of work in his first three years. Lindor hit 66 homers in that span, including 33 in 2017 alone. He dropped off a bit last season, but his defense, as always, was sensational. 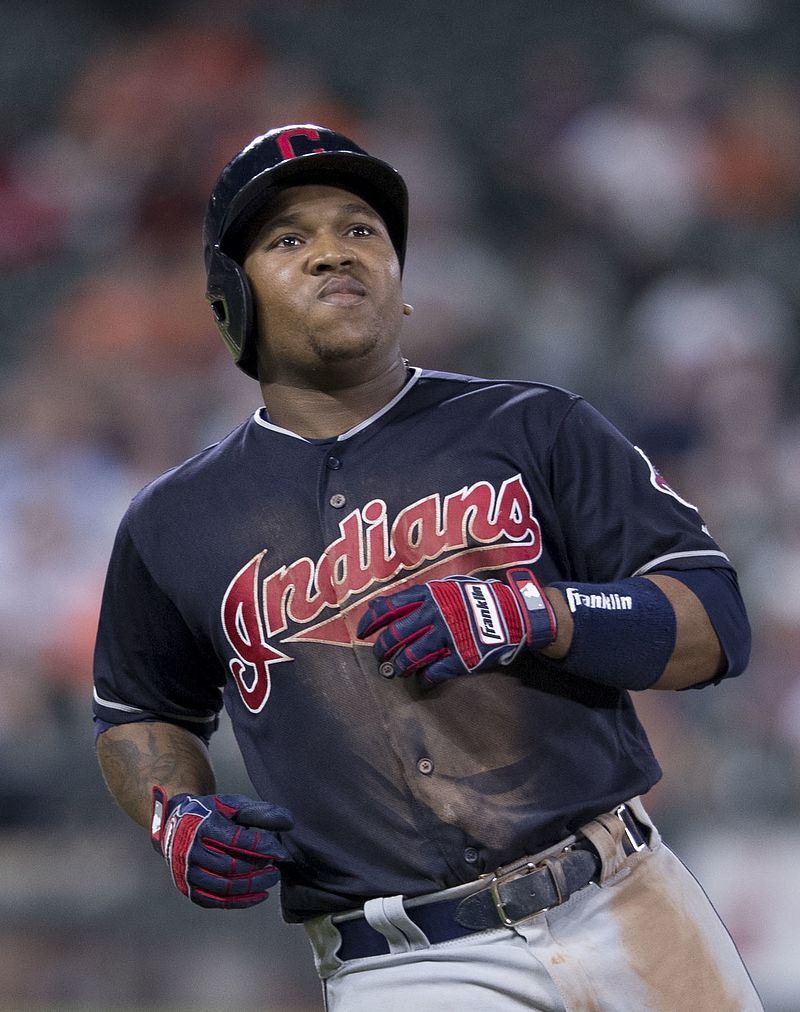 Heady and steady is the best way to describe José Ramírez, Lindor’s teammate with the Indians. The 26-year-old Dominican broke out in 2017 and was excellent in 2018, hitting .270 with 105 RBI and a career high 39 dingers. He and Lindor are the Indians’ unquestioned leaders, and their strong play next year will mean that Cleveland, along with Houston (and its Correa-Altuve combo), will be a fixture with online bookmakers speculating on MLB futures and possible World Series winners. The Indians have been trendy picks for the past two seasons, and the Ramírez-Lindor combination is one of the reasons why. Maybe 2019 will be the year the Indians finally win it all. 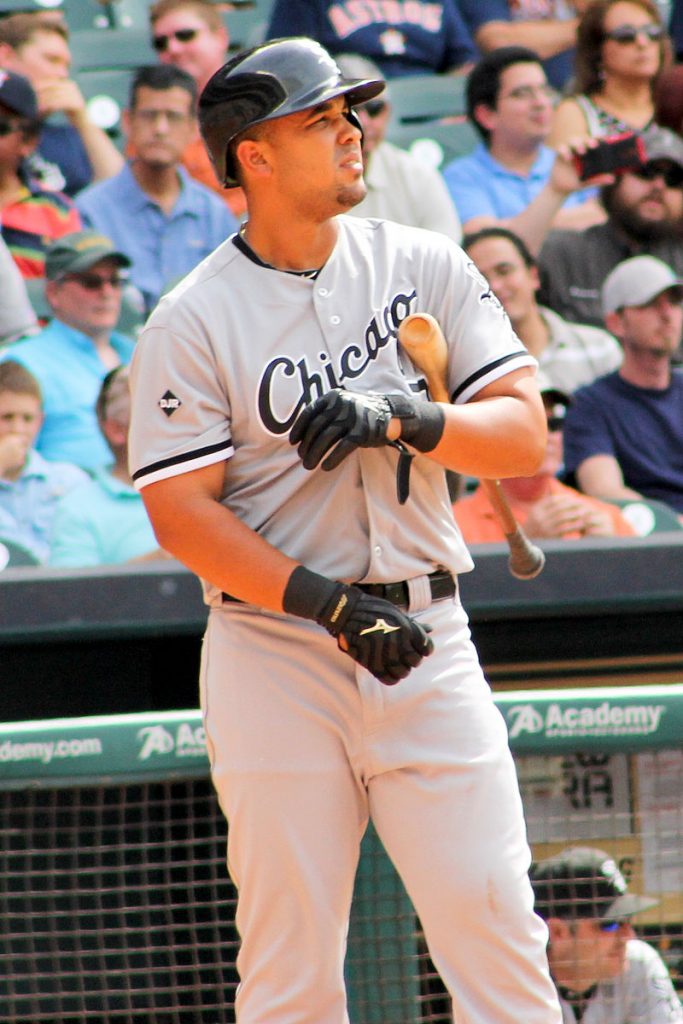 José Abreu is a paragon of consistency. The Cuban first baseman (and sometimes DH) has recorded at least 100 RBI and 25 homers in each of his first four seasons, all with the Chicago White Sox. That stretch puts Abreu in pretty rarefied air: Only Albert Pujols and Joe DiMaggio have done the same. A cold spell last season prevented Abreu from making it five-for-five; nevertheless, he remains one of the game’s best hitters. 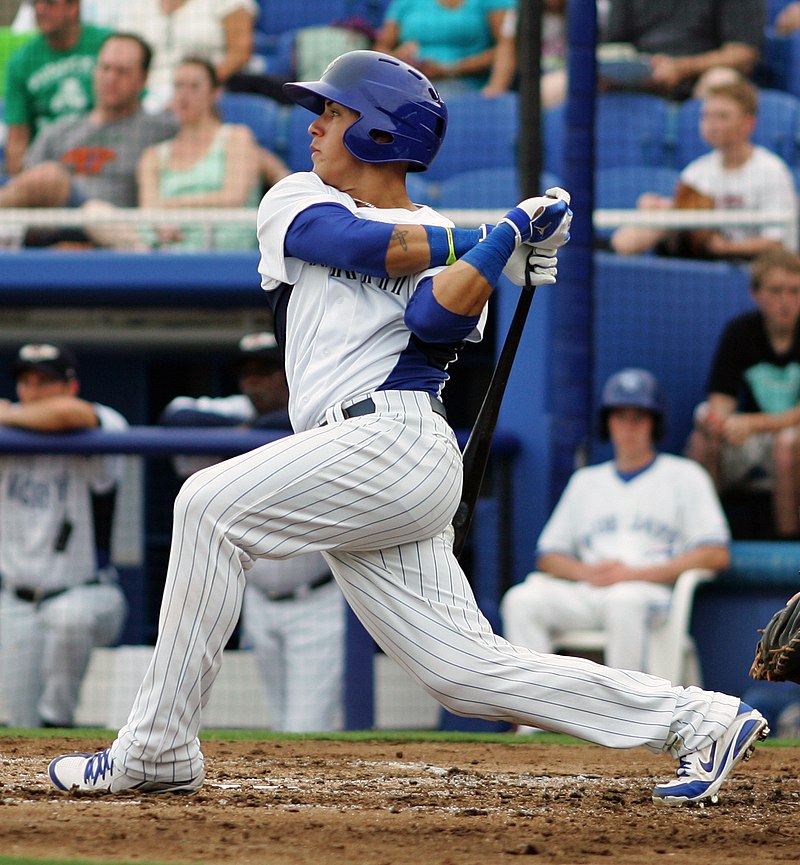 Javy Báez, the Chicago Cubs’ ever-ebullient shortstop has been possibly the worst hitter on this list to date. But what he lacks on offense, he more than makes up for with his incredible defense. In that regard, he likely is the best of this bunch. Báez is simply a wizard at shortstop, in the same mold as one Ozzie Smith (whose nickname was in fact “The Wizard”). Báez isn’t just a defensive specialist though. Despite his aforementioned shortcomings on offense, his hitting is catching up with his defense. Last year, he hit .290, drove in 111 runs, and mashed 34 homers. 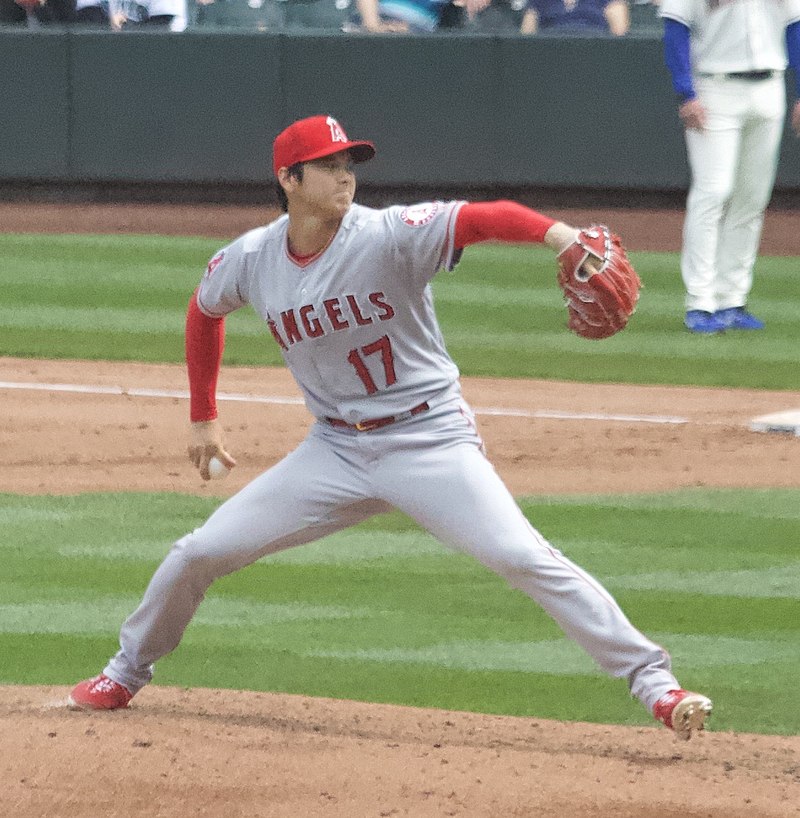 Japan has had a lot of high-profile exports to the MLB, but none came with as much hype as Ohtani. And in many ways, the Los Angeles Angels import proved worthy of it all in his rookie season in 2018. A hybrid pitcher and hitter, he was as good as advertised on the mound, and even better with the bat. Unfortunately, injuries cut short what was shaping up to be a legendary season. On a side note, Ohtani’s insistence to pitch and hit may be momentous in hindsight, with some reports indicating that at least two MLB teams are now considering allowing their draft picks to pull double-duty just like Ohtani. 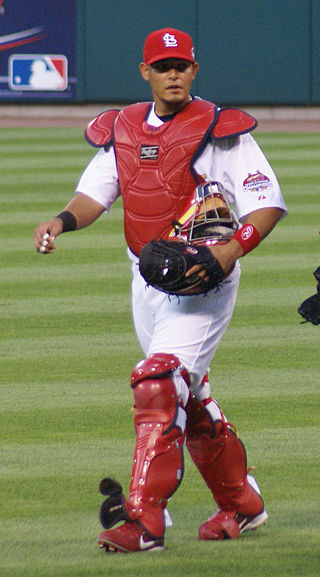 The St. Louis Cardinals catcher has been the best at his position for the better part of the decade and maintains that status heading into his 16th season. His hitting is as solid as ever, especially for a catcher, but it’s what he does behind home plate that makes him invaluable. No one’s better than Molina at calling a game, nor at framing pitches — an art that very few catchers have fully mastered. 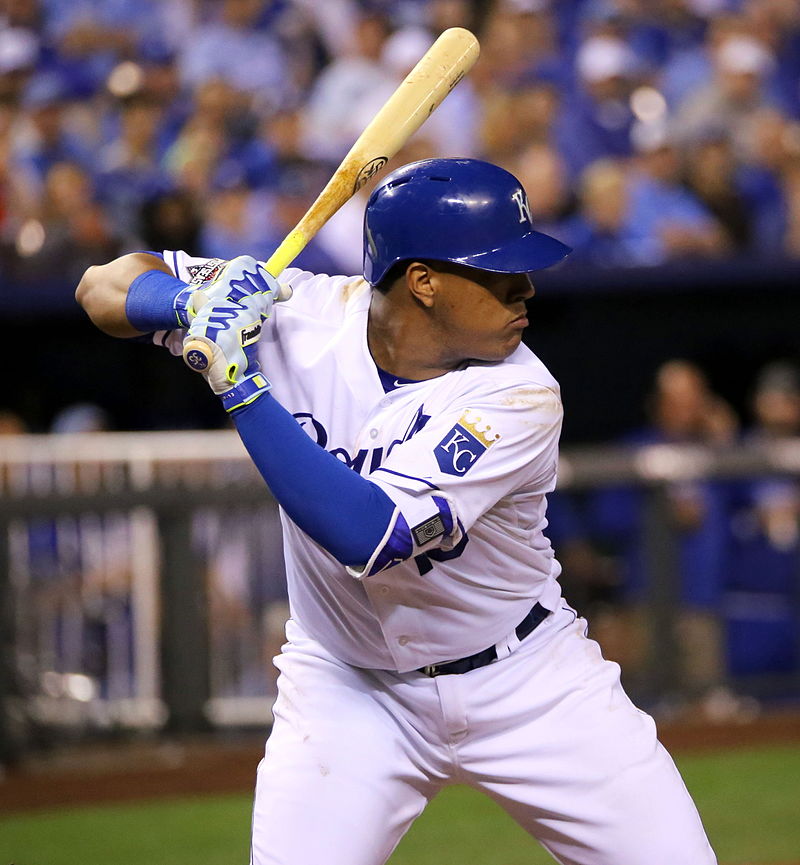 Salvador Pérez of the Kansas City Royals is the heir to Molina’s throne as the best catcher in the MLB. The 28-year-old Venezuelan has emerged as a play-caller extraordinaire, with a feel for the game that is reminiscent, in fact, of a young Molina. Pérez is already a formidable player in the heart of his prime and could be just a year or two away from overtaking Molina as the league’s best at the position. 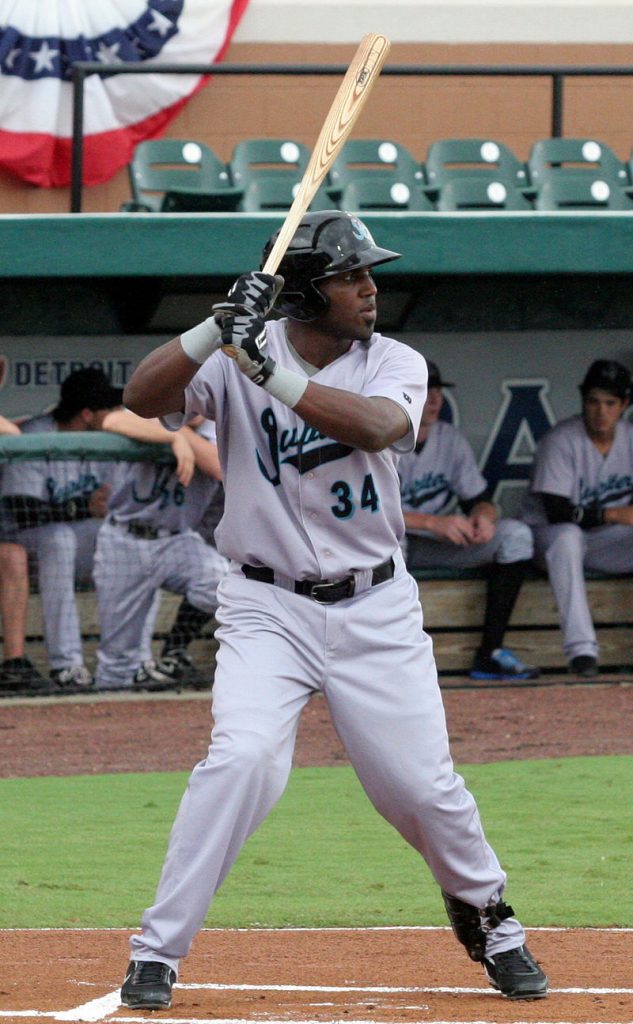 Like José Ramírez, the St. Louis Cardinals’ Marcell Ozuna is steady and heady, and consistently good. He is neither spectacular nor sensational, but he is extremely reliable nonetheless — both with the glove and with the bat. This has been his reputation more or less since his debut with the Marlins in 2013, and some of the numbers indicate he’s still getting better.

With the MLB season now just three months away, expect to be hearing about these 10 international players performing key roles on their teams in no time. Worth keeping an eye on in particular are the Astros’ Altuve and Correa, the Indians’ Lindor and Ramírez, and the Cardinals’ Molina and Ozuna, as all three are teams are shaping up to be legitimate World Series contenders. Báez, meanwhile, is always must-see TV. Ohtani unfortunately might miss most or all of this coming season, while Pérez and Abreu are playing for non-contenders. Whatever the case though, try to catch them all if you can. They’re truly among the game’s best.