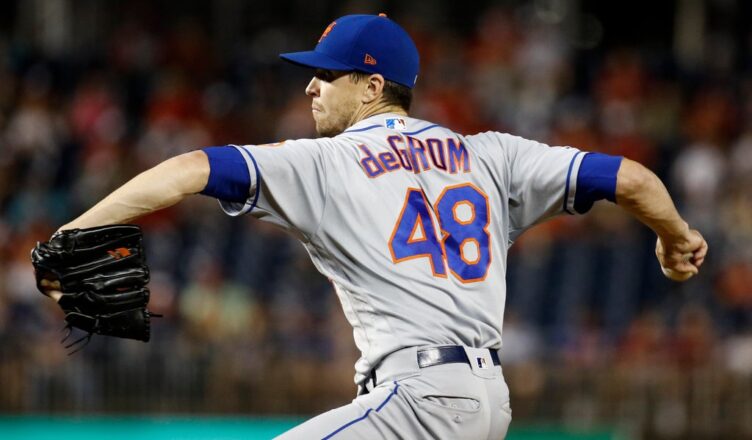 The 2020 fantasy baseball season will be like no other season in recent fantasy history. The normal 162-game season will be cut down drastically to a meager 60 outings, and while it may seem exciting to finally have baseball back, it will almost certainly change the way the fantasy season will pan out.

To help you make the best of a bad situation, here are five tips to keep in mind during the shortened COVID-19 fantasy baseball season:

Batting Averages Will Be High

There are several hitters who always come out the gates racking each year, but unfortunately their averages slowly go down as the summer months loom.

This season will be so short, though, it may not give players enough time to see their average dip too far before the final days of the regular season.

Ace Pitchers Will Not Come Cheaply

With the value of hitters likely to drop in 2020 due to increased batting averages, the value of ace pitchers will conversely go through the roof.

Guys like Jacob deGrom, Gerrit Cole, Justin Verlander, and Max Scherzer will almost certainly find themselves being drafted among the top-12 selections this summer. After all, pitching wins championships.

Do Not Overvalue Rookies

There is a youth movement every single fantasy season. Owners try to find the next great phenom, and most times, these popular youngsters are taken several rounds before their Average Draft Position.

This season, however, that strategy will become extremely risky. Rookies typically take several weeks to get up to speed in the majors.

The shortened season will give first-year players an even smaller window to get their legs underneath them, and if you are drafting in an one-and-done format, it would be better to avoid rookies altogether.

Normally at the beginning of the season, veteran pitchers tend to have a short leash.

MLB managers try to limit their innings and not to overwork their aging arms, in order to keep them healthy for the entirety of the season.

During a shortened 60-game season, however, most veteran pitchers will be allowed to fire on all cylinders right out of the gate. Do not be afraid grab a couple tenured arms this year.

Another thing to watch closely this season will be the MLB schedule.

The number of games will certainly put more pressure on players down the stretch. Expect to see more nagging injuries, random days off and platoon roles through the 2020 fantasy season.