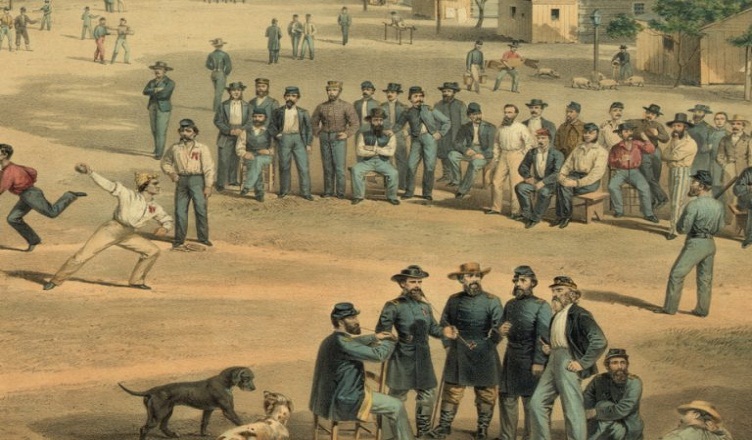 Baseball is by far the most popular sport across America as well as in other places in the world. There are very many Americans who play the sport and its close relative-softball. The great popularity of the sport has earned it the nickname “the national pastime” of America. The main reason why there are millions of players keen in playing baseball is because the sport can be played by anyone even those with average weight and height.

Read my article “Did Baseball Originate In America? History Of Baseball” below for more information.

The history of baseball in the U.S dates back to 1791 in Pittsfield, Massachusetts. After its introduction in Pittsfield, the sport was banned from being played within 73m (80 yards) of the meeting house in the town. In 1903, there arose on the exact origin of the sport with Henry Chadwick, a British sportswriter wrote an article that claimed that baseball was derived from rounders, a British sport. Albert Spalding, an American baseball executive argued that the sport is purely American and started in America. To solve this dispute, a commission chaired by Abraham Mills was constituted by the two men. After three years, the commission declared that the sport was invented by Abner Doubleday-a hero of the civil war. 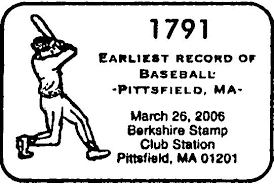 New York Knickerbockers was the first team to play the sport under modern rules. This club was established on 23rd September 1845. Through out its life until its disbandment, the club was strictly amateur and was comprised of members from upper middle classes in New York City. The club formulated the famous Knickerbockers rules. The first competition under these rules was held on 19th June 1846 and was between the Knickerbockers and the New York Nine. The latter defeated the Knickerbockers 23 to 1.

Over the following years, the popularity of baseball started growing tremendously and the sport started being played in other parts of America. The first games of the sport to charge admission were held in 1858 in Queens (modern day New York City). These games involved players from several clubs including Gothams, Brooklyn Atlantics, Putnams, Excelsior of Brooklyn and Eagles & Empire.

Prior to the civil war, there were different variants of the sport played across the U.S. The most notable of these variants included the town ball (played in Philadelphia) and the Massachusetts variant played in New England. However, in the 1860s, the New York variant spread across the U.S mainly due to the impact of the war. It is then that the sport became a national game and NABBP (National Association of Base Ball Players) was formed. This was the first governing body of the sport and transformed itself into a national organization despite majority of the strongest teams being based in the country’s northeastern part.

In the 12 year history of the national organization as an amateur league, Brooklyn Atlantics established itself as the first dynasty in baseball by winning seven championships. Towards the end 1865-65, there were almost 100 clubs in the NABBP with the number ballooning to 400+ clubs by 1867. In 1870, the Chicago White Stockings earned the title as the oldest club in organized sport in America by winning the championship. Today, the team goes by the name Chicago Cubs. The wide spread, growth and development of the sport led to regional and state authorities/organizations to assume prominent roles in governing the sport.

Rise of professionalism in Baseball

Initially, the NABBP was established on the principles and guidelines of amateurism. However, this started to change when the spirit of professionalism rocked the sport. In the 1860s, players liked James Creighton (Excelsior) received compensation secretly. The NABBP undertook an investigation in 1866 to look into claims that Athletic of Philadelphia was paying players but no action was taken. To address the growing trend in the sport, the NABBP in December 1868 established a professional category in the 1869 season.

The Cincinnati Red Stockings Club was the first club to declare itself professional. 12 other clubs made the same declaration for the coming (1869) season. Since then to date, professional baseball players have been earning decent salaries from playing the sport. The best players earn millions of dollars per season in form of active participation in the field and as brand ambassadors.

Notable records in the history of baseball

In 1922, the highest combined score (Cubs 26: Phillies 23) was recorded in major league history. A decade later in 1932, Babe Ruth made his shot (pointing to the center field) and hit a home run at the same exact spot in the next pitch. In 1951, Bobby Thomson hit a walk off home run and led the Giants to victory by thrashing the Dodgers and won during the pennant playoffs. The moment is popularly referred in baseball as the shot heard round the world.

There have been numerous changes, developments and improvements in baseball that have taken place from the initial years of the sport to date. The sport has also undergone detailed modernization to its present day standards. In addition to this, it is now been played as a mainstream sport in nearly all parts of the world.