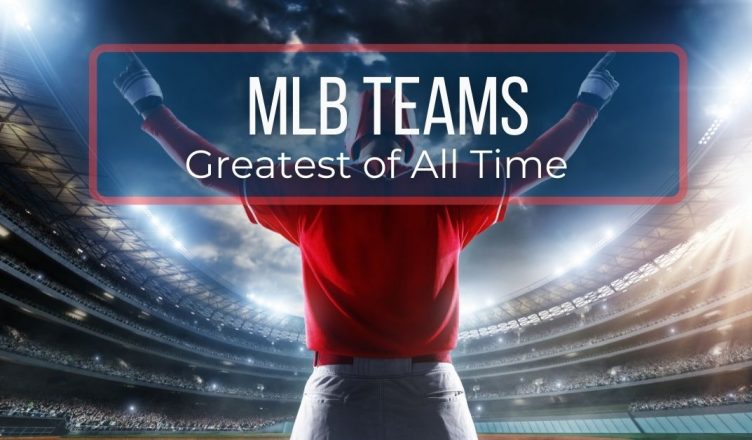 The Major League Baseball has witnessed classic play and excellent display of skills from players of some of the top teams to play in the league. For a baseball team to receive the honor of featuring in the greatest MLB teams, it has to have achieved a unique score and not have lost in the playoffs.

The determination of these great teams is done on the basis of winning percentage, playoff record, and ERA (Earned-Run-Average). Some of these teams had an insane dominance in the leagues for consecutive seasons.

The top 10 Greatest Major League Baseball Teams Of All Time include: 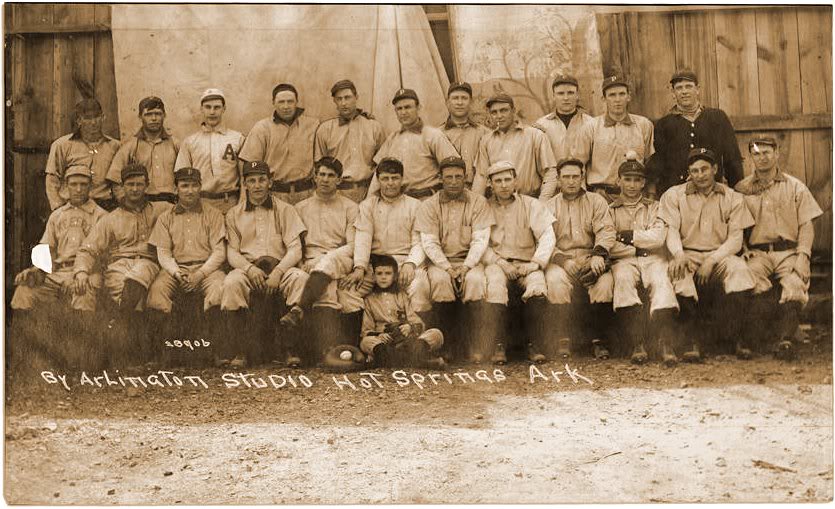 After sweating their way in the National League in the regular season to win the Pennant by a total of 7.5 games, the 1909 Pittsburg Pirates team outscored Detroit Tigers in 7 games to win their 1st World Series Title. The face of the team was Honus Wagner (35 SB, 100 RBI, .909 OPS) also doubled as the star for the average offensive attack. Vic Willis (2.24 ERA, 22-11) and Howie Camnitiz (1.62 ERA, 25-6) led the team’s pitching staff. The team came in second in ERA in the National League. 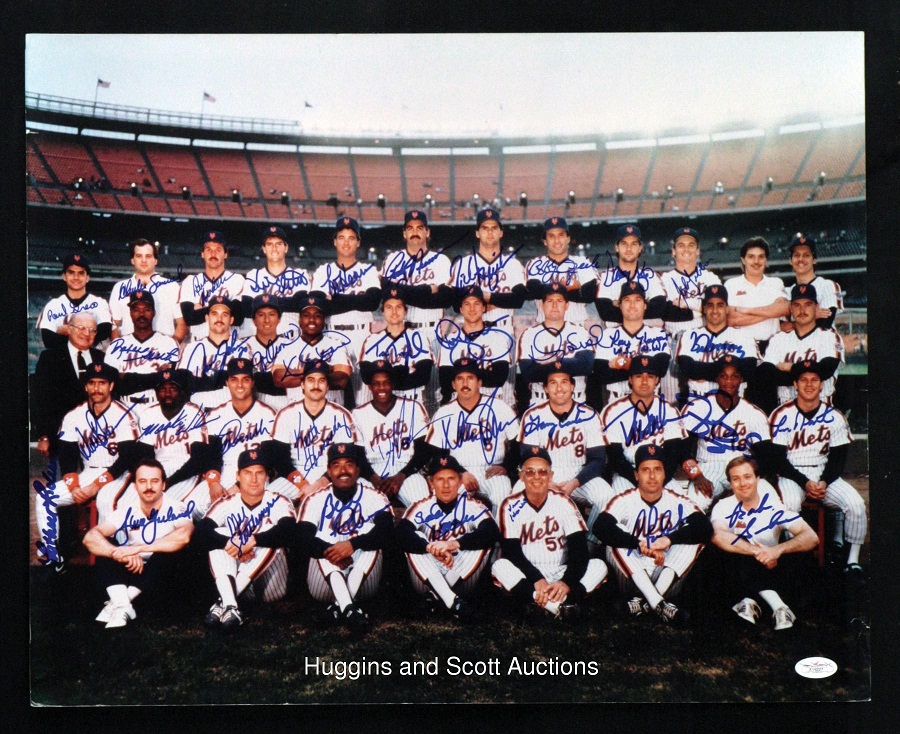 The 1986 New York Mets worn the World Series Title due to a combination of a game 7 win and the famous Bill Buckner error. The team’s offensive was led by Darryl Strawberry, Keith Hernandez, and Gary Carter. The combine effort of these players made the team to top in total runs scored and batting average in that year’s National League competitions. Dwight Gooden, then 21 years old, Bob Ojeda and Ron Darling also contributed greatly to the team’s winnings. Jesse Orosco and Roger McDowel jointly achieved 43 saves.

Learn how the pros keep their equipment in top shape with these baseball glove oil and conditioners. 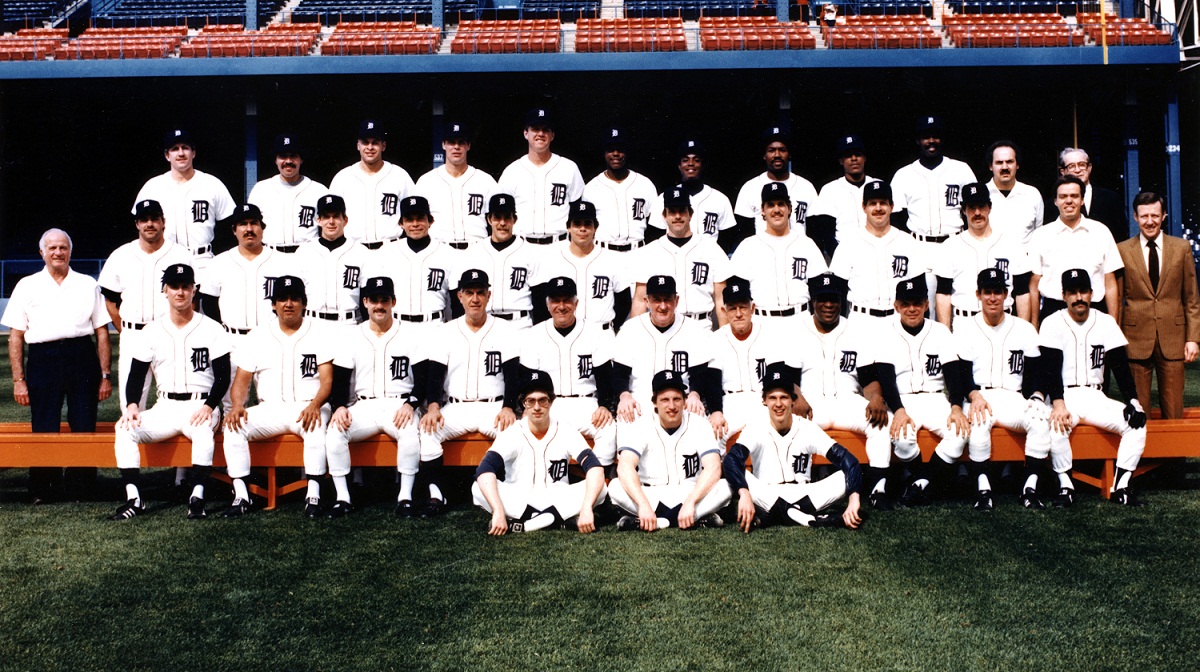 The offense for the 1984 Detroit Tigers was led by Kirk Gibson and Lance Parrish. The team boasted of a steady infield combination which featured Alan Trammell and Lou Whitaker. In the year’s National League competitions, Detroit Tigers topped the scoring chart. Notable team members included Willie Hernandez, Jack Morris-ace of staff, and Dan Petry. Willie took home the AL MVP and AL Cy Young honors and appeared in the league for a total of 80 games. 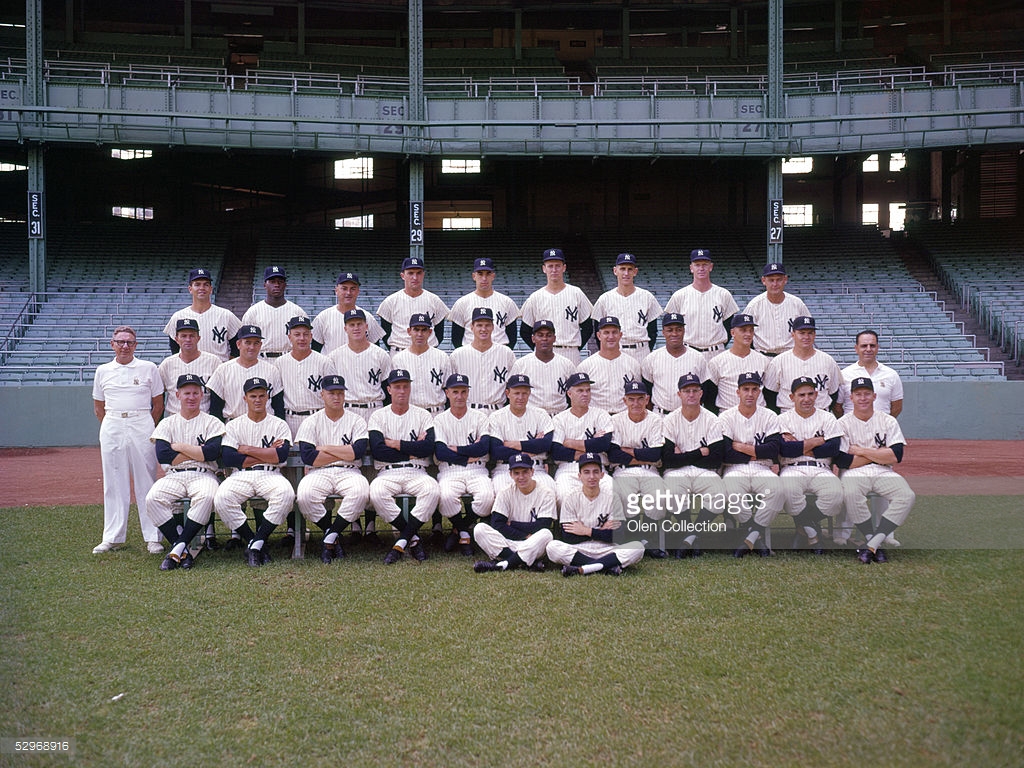 The 1961 New York Yankees exhibited a unique dominance with 109 wins make it hard for other teams in the era to match or handle this dominance. Roger Maris was at the top of the season with 61 impressive runs to get the record previously held by Ruth. Mickey Mantle set a record of .317 hits with a .448 base percentage and cracked 54 dingers while other (3) players were able to hit 20 homers.

On the mound, the show was run by the Board’s chair. Whitey Ford set a record of 25-4 (in regular season) before he pitched 14 scoreless innings (in 2 World Series wins) to get the MVP honors. The Reds were beaten by the Yankees in 5 games with Maris’ 61 innings appearing to be predetermined for the great club. 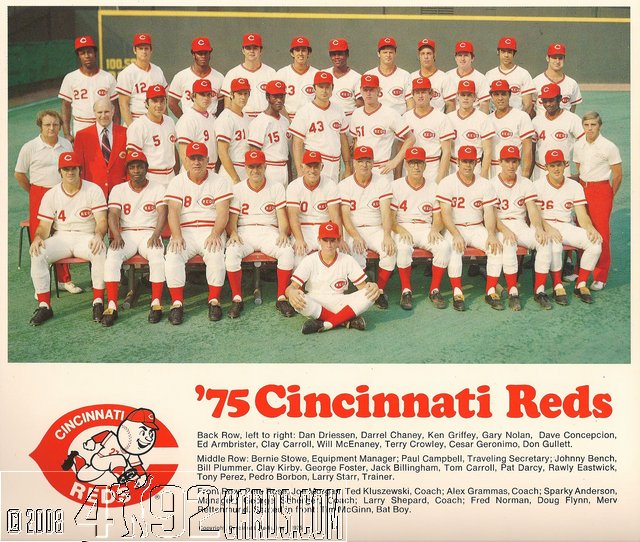 The 1975 Cincinnati Reds also nicknamed the Big Red Machine was one of the greatest entertaining clubs to watch in the 1975 season. The team’s strength was primarily built around its offense which featured legendary players like Johnny Bench, Joe Morgan, George Foster, Pete Rose, and Tony Perez. The aggressive and scrappy style of the 1975 Reds made it fun to watch the team play.

The Reds set a new record of hitting the first 840 runs in the history of the National League. The team made most of these runs by swiping bases with Dave and Morgan stealing 100 bases between them. The team also tore the base paths to add to their dominance of the season. 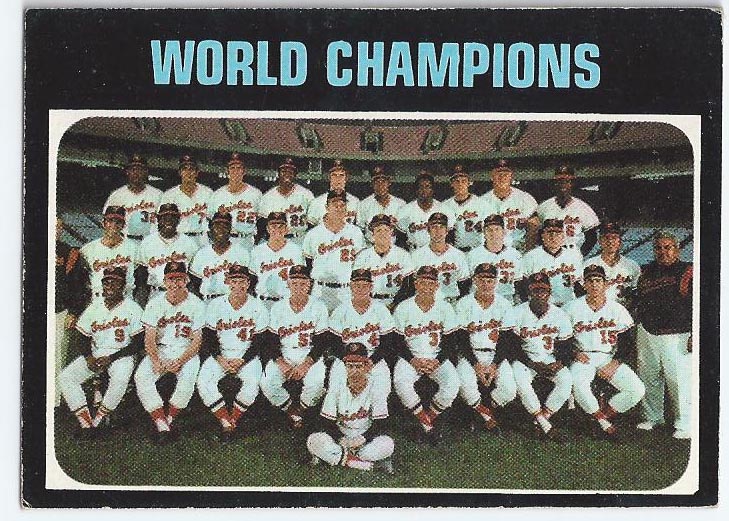 The 1970 Baltimore Orioles is arguably one of the greatest MLB teams in the history of competitive baseball. The team posted an amazing 108 wins and scored 155-55 (playoff run included). The Reds lost to the Baltimore Orioles in 5 games and featured 3-20-game winners led by Jim Palmer, a Hall of Famer. Brooks Robinson and Paul Blair played at the home plate and on the field while Boog Powell and Big Frank Robinson supplied the power to the team. This was the only Earl Weaver’s team to come top at the World Series. 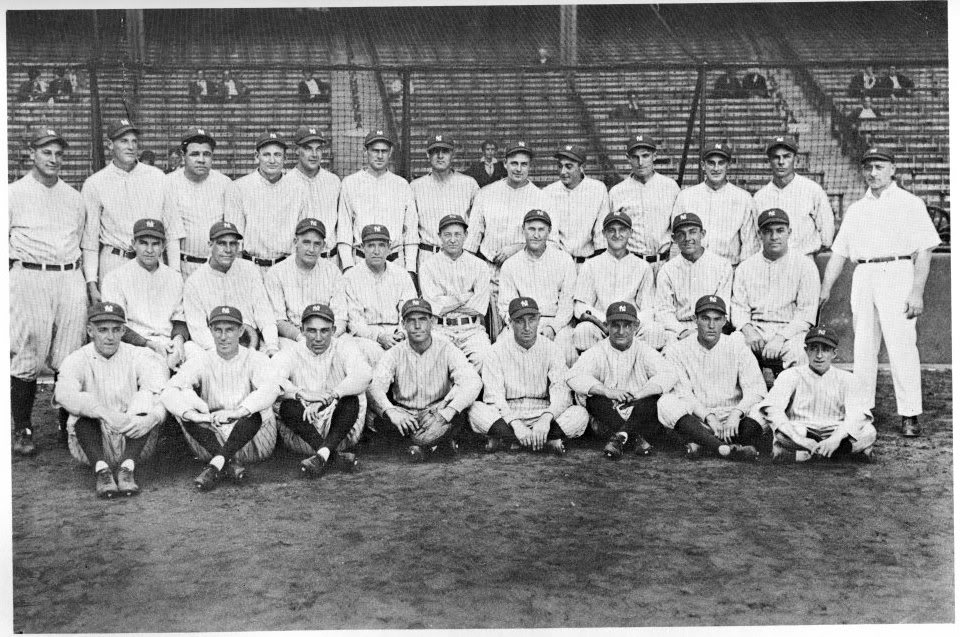 The 1927 New York Yankees emerged top at a time when the season featured 154 baseball games, with the Yankees scoring 110-44. Ruth set a record of 60 home runs while Lou Gehrig had 52 doubles, 47 home runs and .373 hits. Playing at the outfield positions were Bob Meusl with .337 BA and Earl Combes with .356 BA who combined for a total of 83 doubles. This player combination was popularly referred to as the “Murderers’ Row”.

The 1906 Chicago Cubs won a total of 116 games to enter the exclusive category of best baseball clubs ever. The team played at an era when baseball was a revered sport by many across the globe just like soccer in the modern day. The pitching staff of this 1906 team allowed 6 runs in 5 games with game one being called off at the end of the 12th inning when a 3-3 tie between the teams could not be broken. 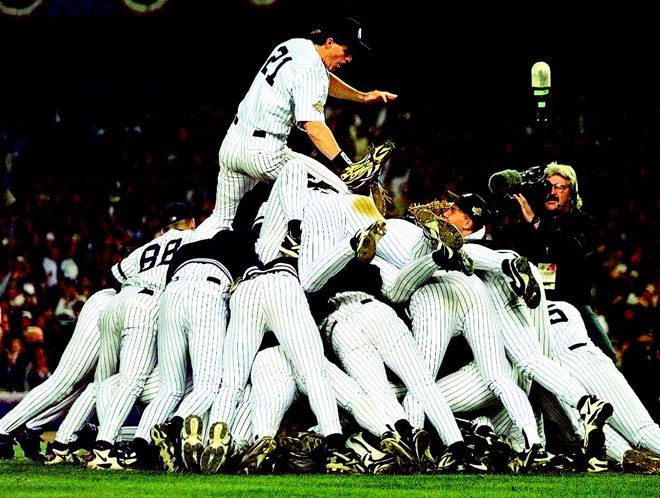 The New York Yankees wins of 114 regular seasons in 1998 was a new record in the American League. According to most experts and baseball fans, the 1998 Yankees team is the most talented baseball team ever assembled. The Team’s completeness was the most noteworthy highlight of the season. The team was able to work out a 25-man roaster under the stewardship of skipper Joe Torre. The team had several top players including David Cone, Derek Jeter, Mariano Rivera, Paul O’Neil and Bernie Williams among other players. 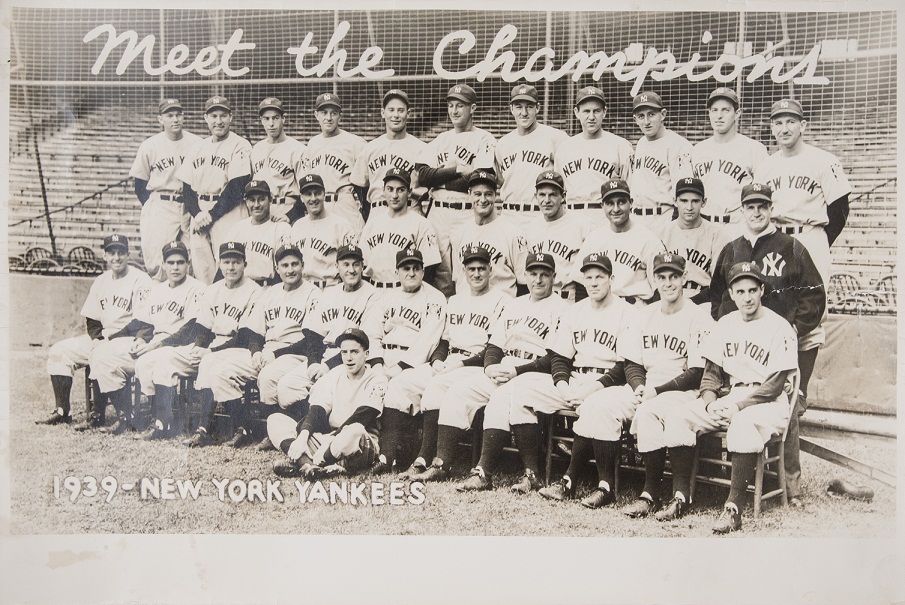 The 1939 New York Yankees had a thrilling season scoring 106-45 and set a record of finishing 17 games in the lead of other teams in the American League. The team featured 4 Hall of Famers including Joe DiMaggio, Bill Dickey, Joe Gordon, and Red Ruffing. The team set a new record by outscoring their opponents by an impressive 411 runs. This record has not been broken to date. Eight of the team’s hitters were able to hit double digits (for home runs) and six players achieved a .300+ batting average. Seven of the pitchers had over 10 wins.

Each of these teams used a different strategy to win. Some teams dominated the pitching, others leveraged their aggressiveness and speed like the Reds, and others worked their way up to success. Whatever strategy the teams used, the players and the teams, in general, achieved their success, and the records they set will remain a part of baseball’s history.