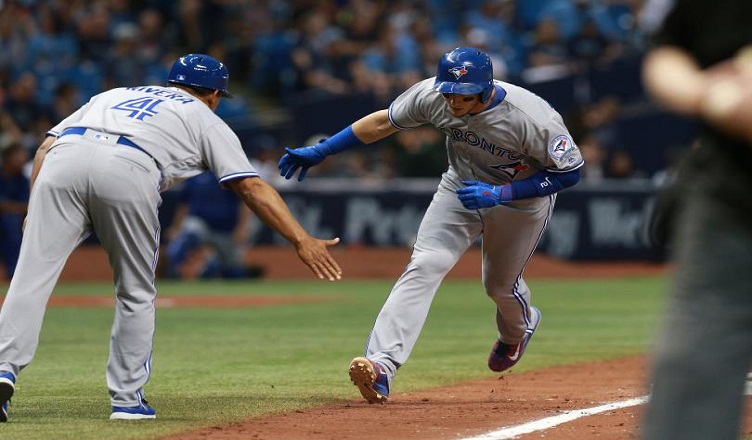 Professional baseball playing has become widespread and popular in recent times than it was a few decades ago. Presently, there are players who earn millions of dollars annually from playing in leagues and from endorsements by different franchises. Pitchers are paid higher than any other baseball players with 6 of the top 10 highest paid players being pitchers. Most prominent baseball players have signed multi-million contracts with their teams with some of these contracts being in excess of $350 million.

Kershaw has held the spot for the highest paid baseball players for three years in a row thanks to a record breaking contract he signed with Los Angeles Dodgers worth $215 million. For the 2017 season, Kershaw will receive a $33 million payment from the LA Dodgers as Opening Day Payroll. In addition to earning tens of millions of dollars from actively playing on the pitch, Kershaw also earns close to $1,000,000 from endorsement partners and sale of memorabilia. For the 2017 season, he will earn $34 million with an additional $1,000,000 bonus to be paid if he wins the CY Young Award. He has won three of these awards since 2011.

Price has a $217 million contract signed with Boston Red Sox in 2016. He earns roughly $30.6 million annual income including an additional $550,000 from endorsements with Nike’s Jordan Brand, Topps, Rawlings, and Activision. His contract with the team is the largest contract ever for any pitcher in the history of baseball. His contract is set to expire in 2018 and he will most likely sign a higher contract than the current one.

Miguel Cabrera of Detroit Tigers earns $32 million annually with $2 million of this amount coming from endorsements and sale of memorabilia. His off-field earnings are among the highest in baseball after those of Buster Posey (ninth highest paid baseball player) and Kriss Bryant.

With a $3.4 million difference between the third and fourth most paid baseball players, Miguel and Justin play for the same team; Detroit Tigers. Verlander annual income is pegged at $28.6 million including earnings from endorsements. He is the only player remaining on the team from the American League Championship team of 2006. Additionally, he prides himself on being the longest tenured player in Detroit Tigers.

Albert Pujols ranks at number 5 among the top well-paid baseball players. With an income of $28 million (just $600,000 less than Verlander), Pujols is the highest paid player for Los Angeles Angels. Like other players, he is expected to earn a higher income in the next season in 2018. In the course of his career, he has enjoyed continued success and is set to achieve greater success in the coming seasons.

The top 10 highest paid players in MLB are set to earn a total of $279 million for this year’s season from salaries, endorsements, bonuses, and memorabilia. However, this is a 1% decline from last year’s season. Off-field earnings of the top ten players constitute only 5% of the total income earned compared to 31% for the top paid soccer players and 48% for NBA’s most paid players. This difference is accounted for the fact that players in NBA and soccer have a greater global appeal and massive shoes deals that are unmatched by baseball players.