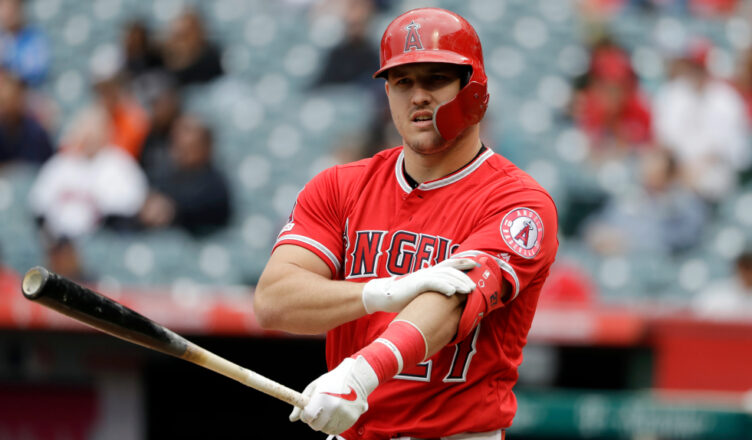 Before your fantasy baseball draft or season officially begins, you must first pick choose a jaw-droppingly funny name. It may seem like small potatoes, but a strong team name will instantly earn you the respect of the rest of your league.

Here are some of the best names I’ve come across in recent years:

Macho Machado Men – I want to be a Machado Man!

Odor Eaters – A classic name, but one that is still relevant.

K Marte – For those old enough to remember K-Mart.

Stanton Room Only – Considering the size of the outfielder, people would likely have to be 6-feet apart.

Sum of All Fiers – Comes with a free Mike Fiers mask!

The Bichette is Back – Did she ever really leave?!?

Upton Girl – He’s been living in an uptown world!

Down Go Frazier – George Foreman sold a lot of grills because of this!

3Mad About Yu – Darvish has burnt more than a couple fantasy owners.

Bartolo’s Cologne – It would probably smell of hamburgers and chicken nuggets!

X Gonna Give It To You – Perfect combination of old school rap and a young shortstop in Beantown!

Soler Powered – Pays for itself!

For Whom The Bellinger Tolls – Time Marches On!!

In Cole Blood – A classic novel by Truman Capote meets one of the game’s most electric arms!

ManBearPuig – He is half man, half bear, half Puig!

Leggo My Gallegos – A pun on Waffles, Legos, and the potential closer for the Birds.

The Land of the Fried – An especially important concept in today’s political climate.

Nolan Arenado Mr. Roboto – Thank you very much for doing the jobs that nobody wants to!

It’s A Beautiful Day In The Gleyberhood – The late Mr. Rodgers would certainly approve.

10,000 Manaeacs – Indeed, these are certainly the day you’ll remember…

Marte Gras! – It can refer to Starling or Ketel…but we can all agree that we love beads!

Hader’s Gonna Hate – And they always will…

Workman’s Comp – Clever name. Reference to money in Boston. It has it all!

50 Shades of Sonny Gray – Shout out to the ladies!

Kirby Your Enthusiasm – The popular show just announced it will be returning for its 11th season.

Kenny Powers’ Posse – Your F*cking Out!

For Shizzo My Rizzo – For the Gangsta North Side Chi-town native!

Sano To Drugs – Drugs are bad…mmkkkayyy?

The Luzardo King – I AM THE LIZARD KING!

Syndergaardians of the Galaxy – A great reference to a great movie!

Joe Buck Yourself – A slight dig at the “famous” color guy.

Dr. Strangeglove – Just begging you to include a picture of yourself on a nuke!

Schwing Batter Batter – We Are Not Worthy!

The Balking Dead – The deadliest move in baseball…

Springfield Isotopes – The sports mascot EVER!

Boys of Summer – A Reference to one of the best sports books of all-time.

This Is Sparta! – A scary group of dudes!

Garbage Pail Kids – Only the first reference to the cheating Astros…

Houston Asterisks – The most appropriate name out there.