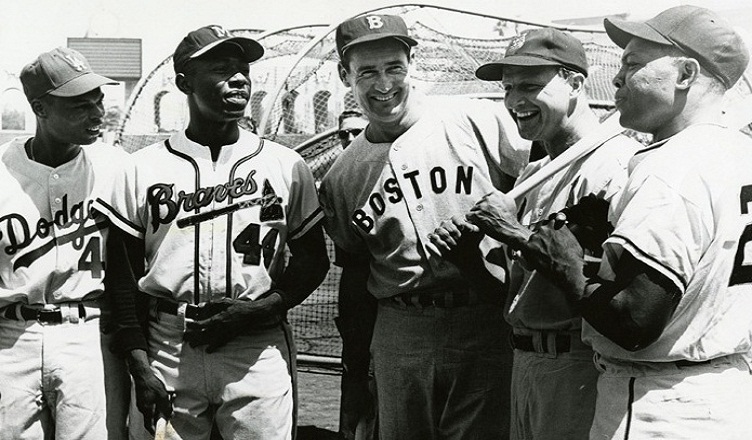 The greatest baseball players of all time

Baseball is a very interesting game that requires so much of a player for him to be listed among the best. Incredible skills are needed for the recognition. The following is a list of the greatest baseball players of all time. It features players who have been recognized and ranked as the best by the whole world. Their performance and voting from various ends have been considered for the ranking. 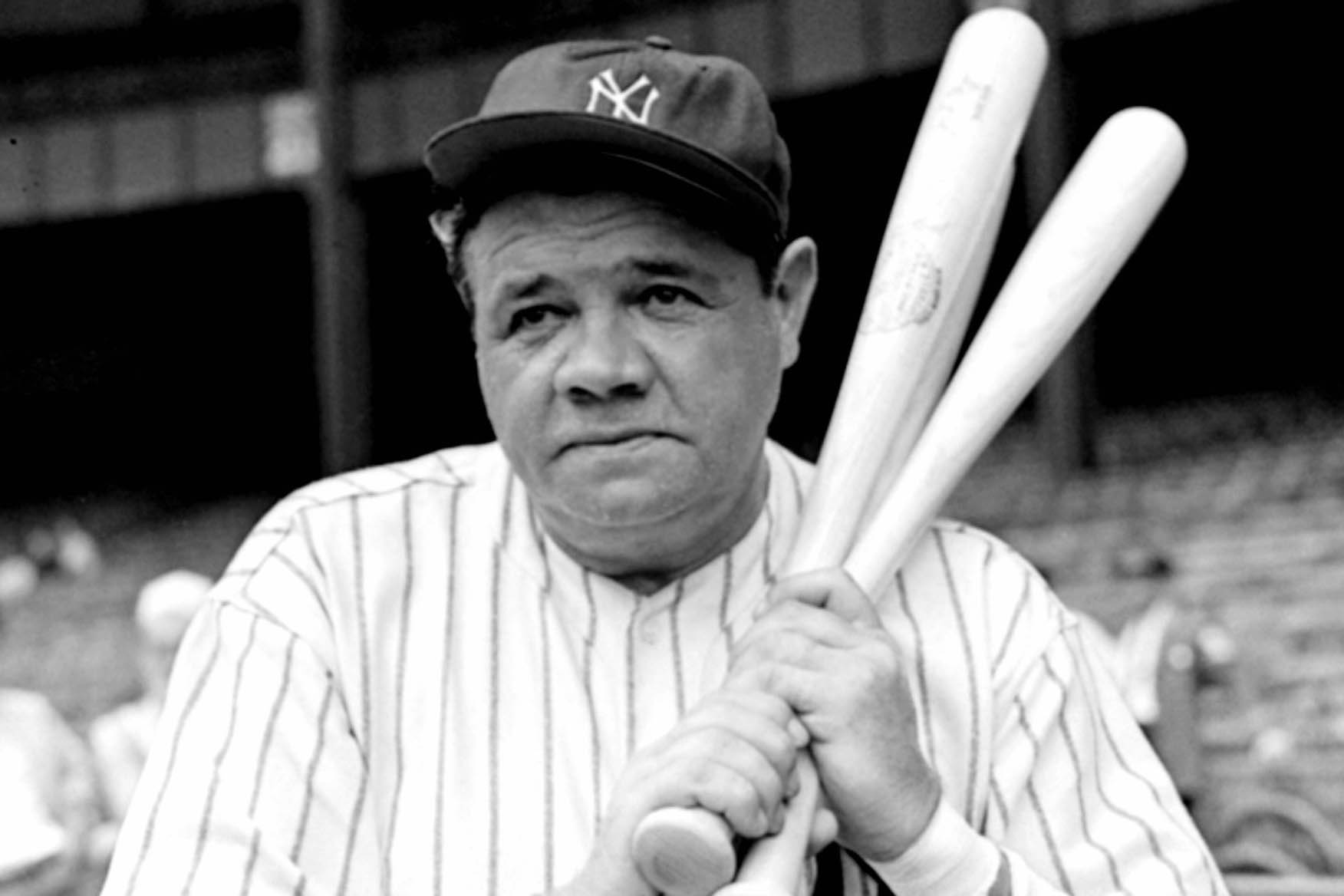 Babe Ruth was an American baseball player. He was born in 1895 at Pigtown, Baltimore. Ruth joined St. Mary’s Industrial School for Boys at the age of seven and learned various things, baseball being one of them. He majorly played as a left-handed outfielder and a pitcher during his MLB career that lasted for 22 seasons.

Ruth started his baseball journey at St Mary’s school and started elevating when he was signed in for Baltimore Orioles in 1914. He was sold to Red Sox after a while and was able to make a huge reputation while still there. The Yankees later bought Babe Ruth after the 1919 MLB season. Ruth’s baseball career ended in 1935 where he retired after playing for the Boston Braves for a short time.

Ruth Babe was a great baseball player who achieved so much during his long career. He became a champion 7 times in the World Series. Ruth also became an All-Star for 2 times. The AL awards he won include; MVP, batting champion, 6 times RBI leader, 12 times home run leader and ERA leader. Various team titles were also secured under his lead. 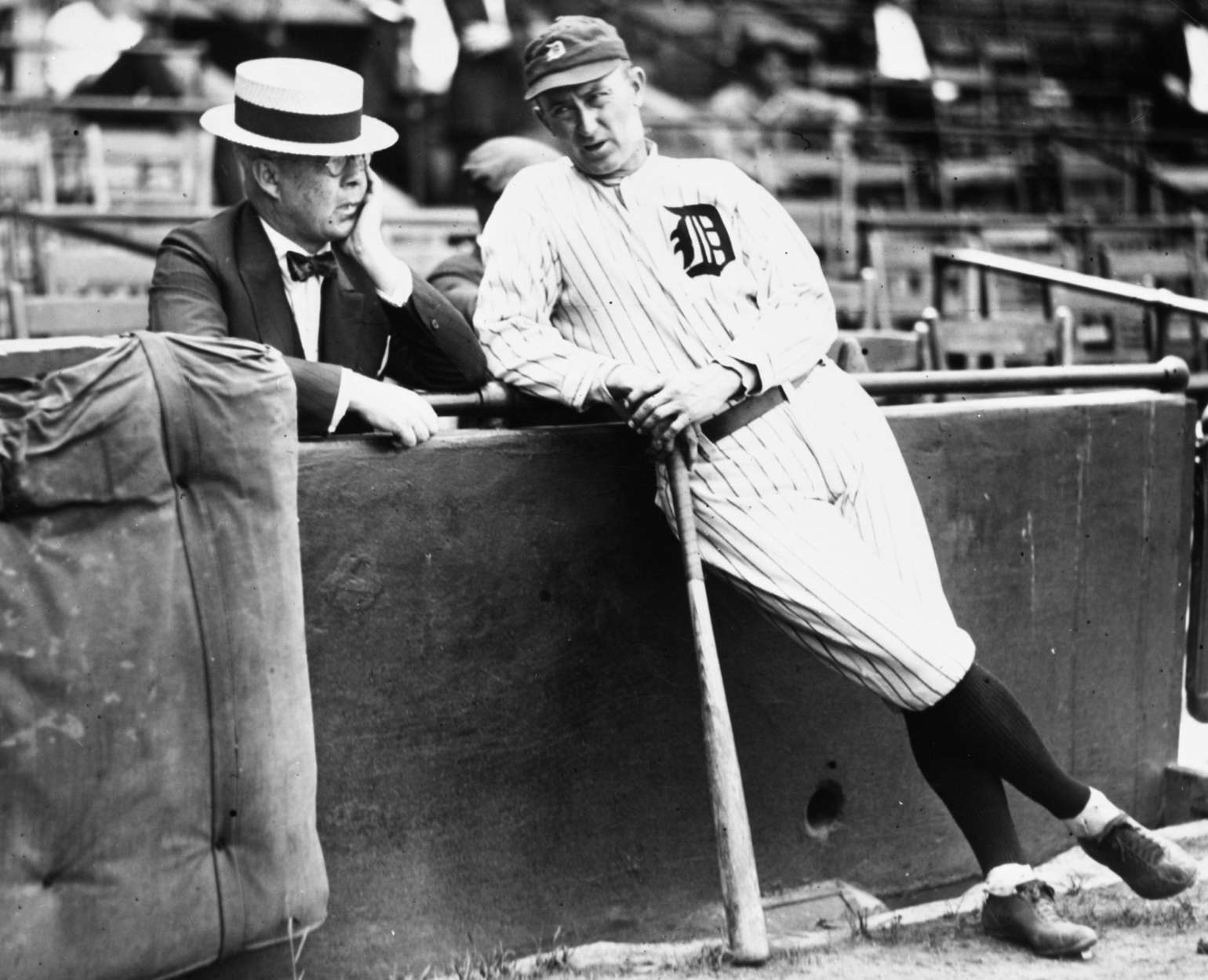 Ty Cobb (also known as Tyrus Raymond) was born and brought up in Georgia, America. He was an MLB outfielder. Ty Cobb tried his lack in various area teams without giving up before his baseball talent was realized. He always batted with his left and threw with his right hand.

Cobb’s organized baseball career is seen to have started when he joined Royston Rompers. He then joined the Royston Reds for some time. Augusta Tourists later took him in and then let him go only after two days of participation. He found his way into the Anniston Steelers after that and tried all he could so as to be recognized.

Tourists took him back 3 months later after releasing him and had him help finish the season. They sold him in 1905 to the Detroit Tigers where he played and shortly managed until 1926. He concluded his career in Philadelphia Athletics where he played for them from 1927 to 1928.

Ty achieved so much in his baseball career. The AL awards he won include; the MVP, 12 times batting champion, home run leader, 6 times stolen base leader and 4 times RBI leader. He also won a Triple Crown, was Name Honored by the Detroit Tigers and had All-Century Team recognition. 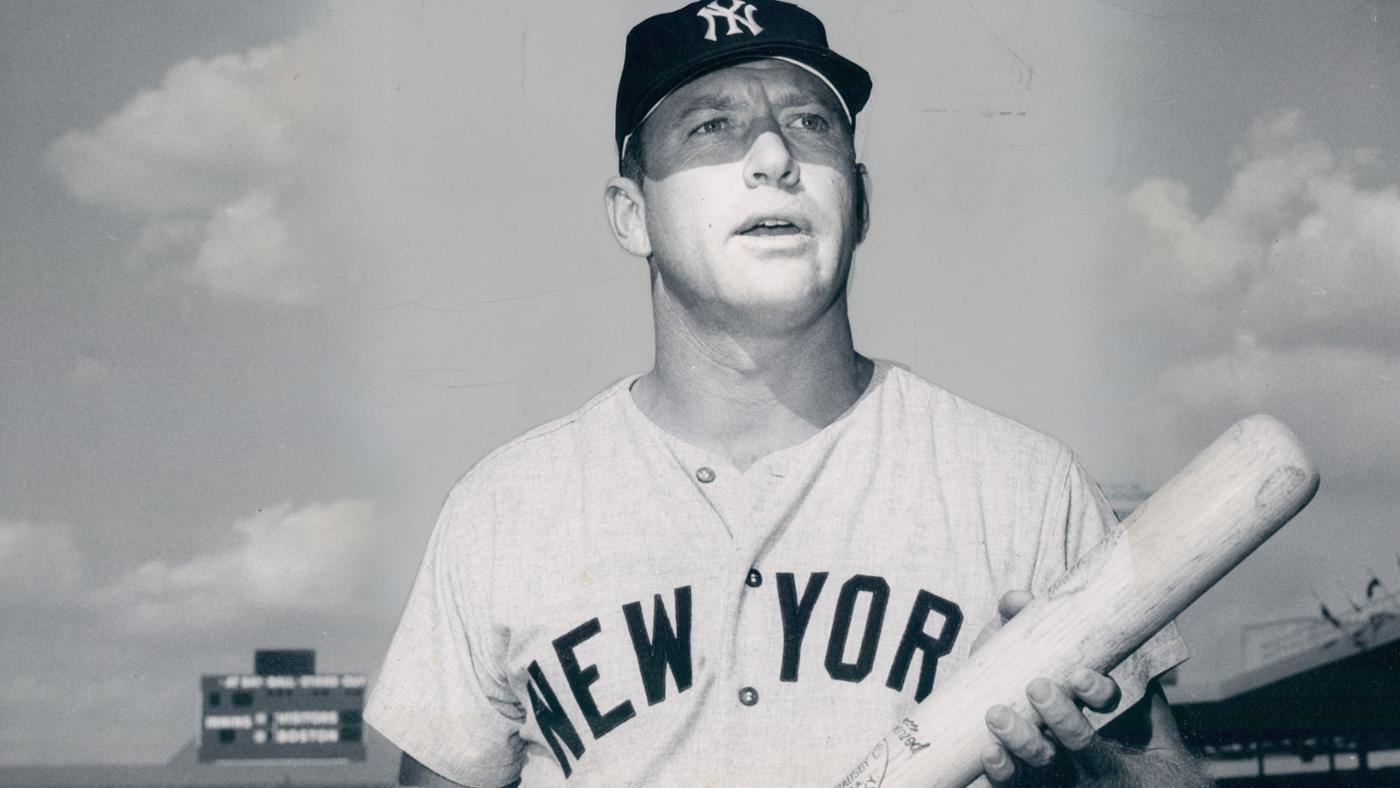 Mickey Charles Mantle was born in Oklahoma, America. He was an American baseball player who played as a first baseman and a center fielder. Mantle normally threw with his right hand and switched between hands when batting. He is recognized in the history of baseball as the best switch hitter.

Mantle holds the highest center fielder career OPS+. His baseball career kicked off when he joined the Whiz Kids. He was recognized and signed in by the Yankees where he was first assigned to its class D and later promoted to class C. In 1951, the Yankees promoted him for the major league where his spent the rest of his baseball career.

The AL titles Mickey Mantle secured includes; 3 times MVP, batting champion, RBI leader and 4 times home run leader. He was recognized as a 20 times All-Star, an All-Century team and a seven times champion of the World Series. Mantle was able to win a Triple Crown and a gold glove award. He was also recognized as the Yankees’ retired number 7. 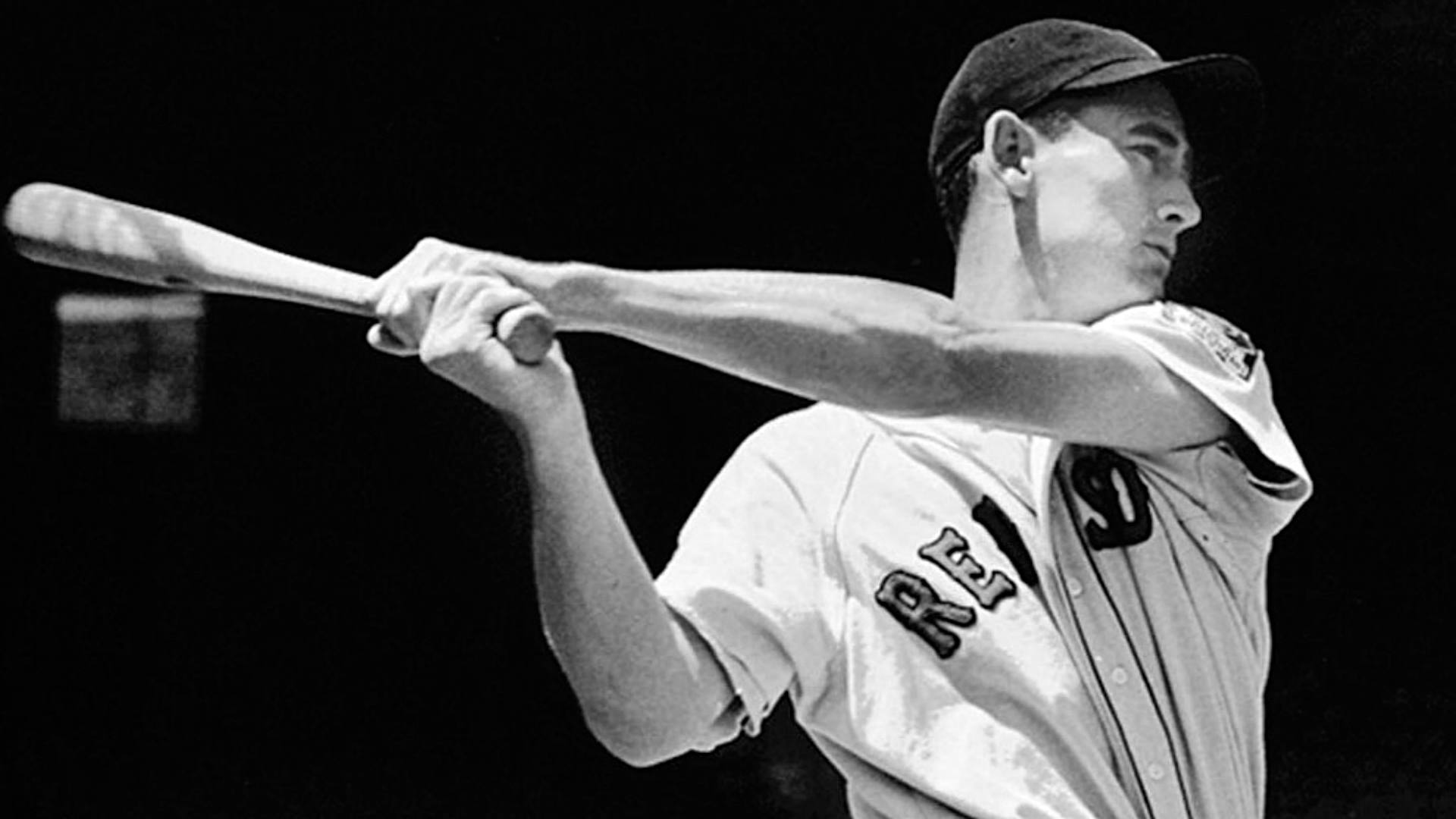 Ted Williams was a baseball player and a manager. He was born in California, America and played as an American. Williams was a left fielder and played in MLB for 19 years. He batted with his left hand and threw with his right hand.

Williams was playing for the San Diego Padres when he was noticed and later signed in for the Boston Red Sox in 1937. He began participating in major leagues in 1939. Williams briefly participated in service baseball as a player during his time in the army. From 1969 to 1972, he efficiently managed the Texas Rangers.

Ted Williams was able to win All-Star awards 19 times and Triple Crown 2 times. The AL awards he received include; 2 times MVP, 6 times batting champion, 4 times home run leader and 4 times RBI leader. The team MLBs he got includes the All-Century and the All-time. The Boston Red Sox also recognized him as their 9th best retired. 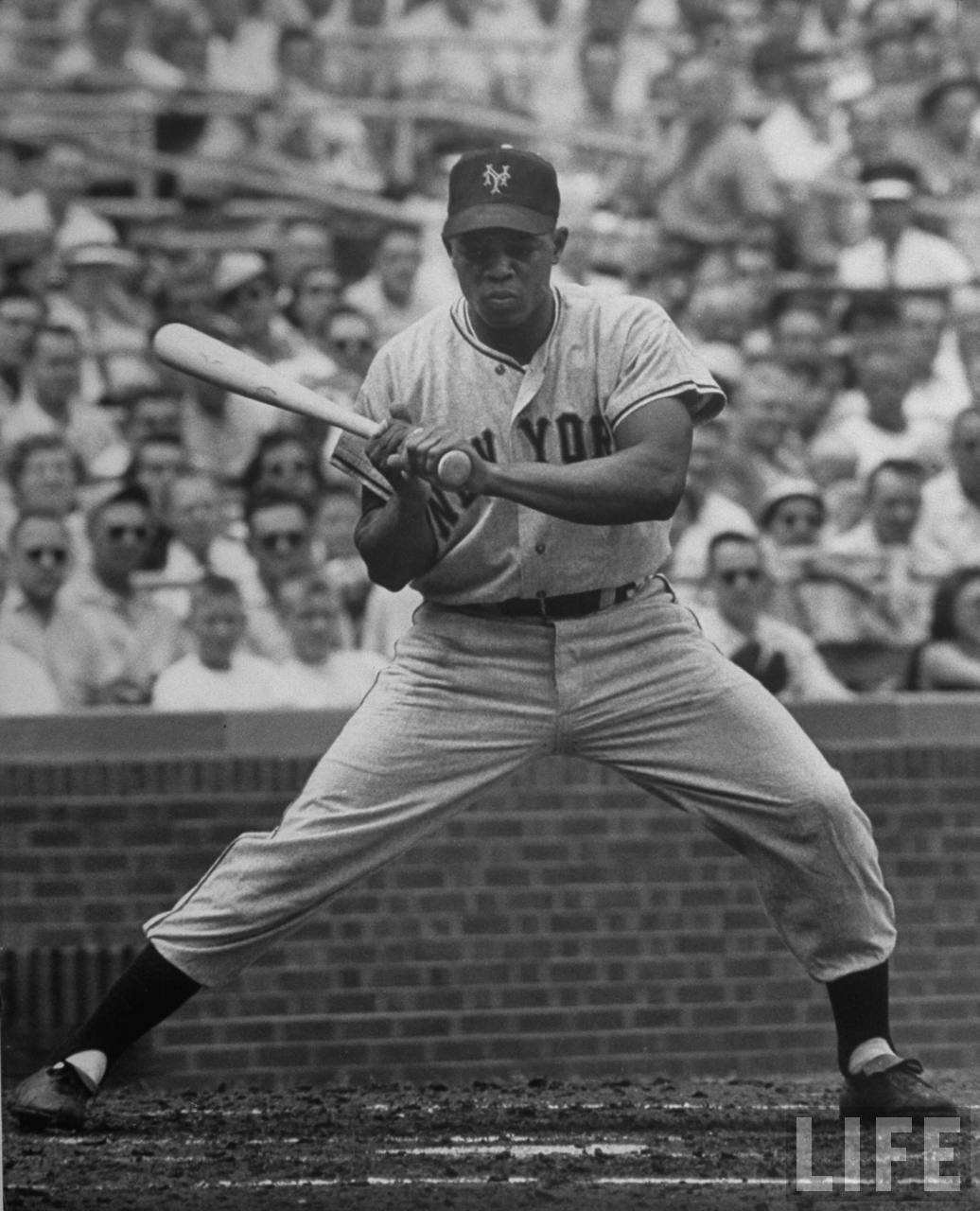 Willie Mays was born in Alabama, America. He is a retired American baseball player who participated in the MLB for 22 seasons. Willie played as a center fielder. He normally batted with his right and threw with his left hand.

Mays briefly participated in the Negro Leagues under the Choo-Choos from Chattanooga. He then joined Birmingham Black Barons which made him get noticed by the New York Giants. They signed him in and later promoted him for the major league in 1951. Willie Mays was later sold to the New York Mets in 1972 where he remained until his retire.

I never forget this moment.

Willie Mays became an All-Star 24 times and a champion of the World Series. The NL awards he secured include; 2 times MVP, rookie of the year, batting champion, 4 times home run leader and 4 times stolen base leader.

He received gold glove award 12 times, a Roberto Clemente Award and a 4 home runs in one game award. Mays also had several MLB awards which include; the All-century Team, All-Time Team and 2 times All-Star Game MVP. San Francisco Giants recognized him as their 24th best retired.

Conclusion: All the above professional baseball players were able to achieve so much during their career. Their achievements have made them be elected as the best and have also left them holding many awards. The list is important in helping you learn more about these baseball heroes.