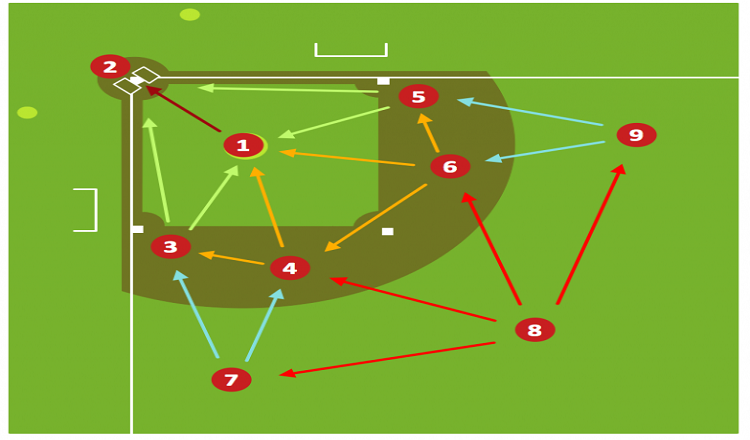 Offensive and defensive strategy in baseball

The strategy is an important aspect of baseball. A baseball team needs to know many strategies that can be employed during a game. The strategy to be used in a specific scenario during the game is chosen depending on a number of things.

Some of the things considered when selecting a baseball strategy to be used include; the pitcher’s ability, the batter’s ability and the total outs made during the game. The use of strategy at a point is what makes a baseball team remain unique and competitive enough.

For this reason, the players and the coach have to remain keen in selecting the best option to go with.
Observing how the opponents are playing and learning their weaknesses leads to the employment of the best strategy. Every player only knows the best position he can play at a certain scenario depending on the strategy employed. That is why a baseball strategy is important. Victory in any baseball game will always depend on this.

Read my article “Powerful Offensive And Defensive Strategies In Baseball You Should Know” below for more info.

The pitcher determines the whole defensive strategy. This is because he can be able to determine where the ball will land after the batter hits it. According to the previous records of the pitcher, you can tell if the expected hit will result in a fly ball or a ground ball.

The uniqueness of a pitcher matters most during the game. Training is important and it is through this that the pitcher learns how to trick the batter. The pitcher will always need to work hard and realize the moves that he is good in making. From this point, he can then know how to combine some of the movements and come up with a throw that will totally fool the batter. The easiest strategy that can be used by a pitcher is through establishing a specific point of the plate that the ball will hit for some rounds.

A sudden shift from this can then be made and this will leave the batter missing the ball, or hitting it in a manner that favors the defense. The pitcher can also combine a number of moves to fool the batter. A good example is where a pitcher first makes a fast throw and then changes the throw style without necessarily changing the flow of the hand. This makes the batter expect a fast through and swings the bat faster. The ball comes slowly and makes the batter’s move wrong. Every pitcher needs to be as much unpredictable s possible.

Each player in the field needs to make a quick move towards the required spot immediately the ball is pitched. Even before the pitch, it can be known where the player should head so as to secure his position. For example, if a pitcher is expected to make a pitch that will cause a fly ball, the players can run to the spots that will help them secure the flying ball.

Changes in some of the players’ positions are also required during the play because scoring a run is the objective in the game. Immediately the ball is caught, it has to be transported across the field in a counter clock-wise movement around the first four bases. A player can either throw or carry the ball provided everything is done within the rules of the game. Each player should not forget to cover his base when not fielding. The position of the base runner should also be considered by the infielders when fielding.

The opponents must always be kept under pressure at all times. The offense is always advantaged by the fact that they have many options to go for, depending on the current situation of the game.

The batter has to do all that he can to ensure that he gets a correct prediction of the pitcher’s throw. Knowing what to expect from the pitcher and using their brain protected by the batter’s helmet makes the batter remain in full control. Hitting the ball accordingly, therefore, remains easy. The batter can even do research on the pitcher. He can then know how the pitcher most likely reacts to a certain situation.

The pitcher’s way of spinning and releasing the ball can be used in predicting how the pitch will come. Any other movements can also be used in establishing the expected pitch. The batter will then be able to bat the ball in the most favoring way. All the allowed methods must be employed to ensure that the batter remains in total control of all pitches.

The team also has to use an offensive strategy. Various things can be done to favor the offense. The baseball coach remains totally responsible and his control is so important here. The coach can decide to initiate a move that will involve the batter and the base runner.

The base runner will have to start running immediately a pitch is made and cover the most distance just before the contact is made. The coach calls for the strategy to be used and has to ensure that the offense will remain favored by the move.